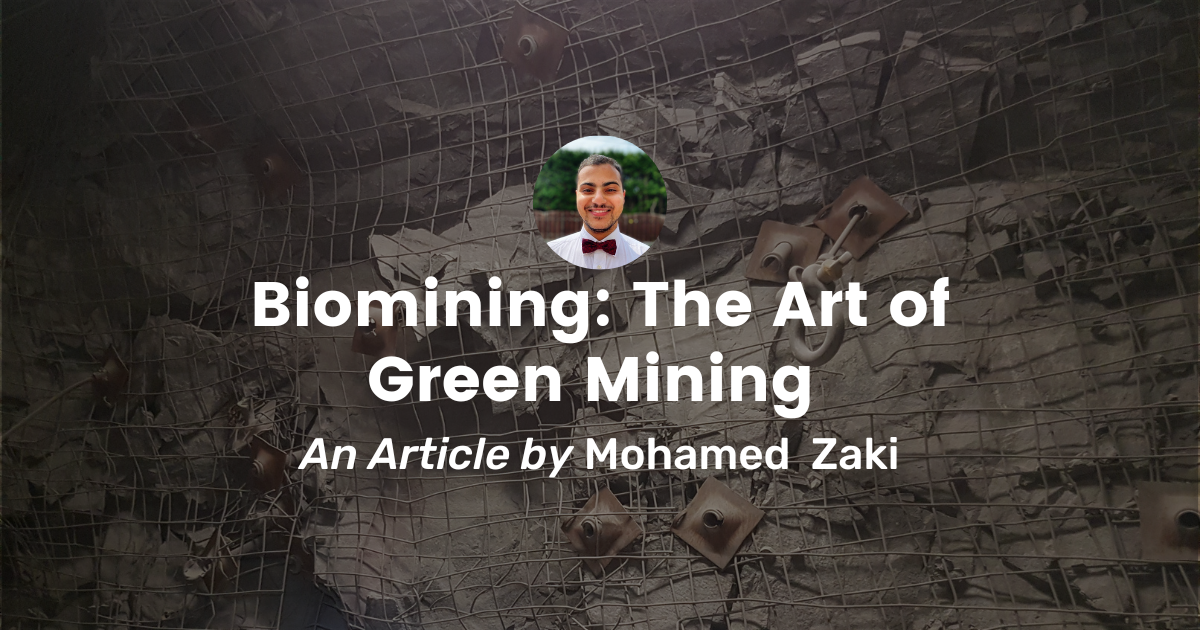 Biomining: The Art of Green Mining  Mohamed Zaki has an undergraduate degree in Mining Engineering CO-OP from McGill University. With an opportunity to do 3 research studies with excellent professors from McGill University and experience in open-pit mining, he developed an interest in analyzing data using powerful programs. Upon joining the Promine team, Mohamed worked as a Quality Assurance & Support Specialist, then obtained a position as a Sales Specialist. A few months later, he took the role of a Marketing manager in which he currently operates to promote the professional image and products of Promine Company.

Biomining is the process of extracting metals from rock ores and mining waste using microorganisms. In a mining context, ores are valuable metals bound to rocks. Microbes have the ability to oxidize the valuable metals, allowing them to dissolve in water. Another process used by microorganisms is by breaking down the surrounding rock, which allows the metal to be recovered easily. When the metal is dissolved into water, the biomining process is called “bioleaching”, whereas when the metal gets more accessible, the biomining process is called “biooxidation”. Some of the metals currently being biomined are iron, copper and gold, which are found in sulfidic minerals.

Eliminating a huge part of the smelting process, the biggest advantage of this process is that it is environmentally friendly. This is because microbes are found in nature and are very common in the environment. The greatest environmental risk is leakage and the acidic solution created by the microbe’s leftovers. This can be easily managed by conducted the biomining operations in sealed areas and with waste management protocols.

Even though it is environmentally friendly, biomining occupies a small part of the mining industry. This is because it is only used to treat waste rock and in low-grade ores. Currently, bioleaching is applied in Chile, which produces roughly 15% of the world’s copper, to recover low-grade copper deposits. Also, biooxidization is applied in 5% of all gold deposits worldwide. Perhaps, Biomining has not been researched enough to be applied in a full-scale mining operation, where bioleaching or biooxidation can be applied instead of drill-and-blast.

BIOMOe, a project funded by the EU’s Horizon 2020 research and innovation program, aims to extract metals from deep mineralized zones using a combination of channeling and bioleaching. Essentially, the orebody will be accessed using two deflected drill holes, one for injection and the other for extraction, where both are hydraulically connected A bioreactor and a metal recovery station will be installed on the surface. An acidic solution is generated in the bioreactor, which contains microorganisms that catalyse iron oxidation, is injected through the injection drillhole. At the ore deposit, the solution is released into the orebody, which infiltrates through the rocks. The solution containing the minerals then falls in the extraction drill hole where it is sucked up to the surface into the metal recovery station. The minerals are then recovered, and the acidic solution is transferred to the bioreactor again to be reused.

Sustainability is an integral part of the mining industry, which needs to be taken more into consideration. Besides reducing the environmental impact significantly relative to drill-and-blast, Biomining has the potential to reduce costs of mining activities, improve mine safety by operation from surface and the opportunity to generate more jobs.

Don’t forget to follow us on social media to stay up-to-date on all news & events! 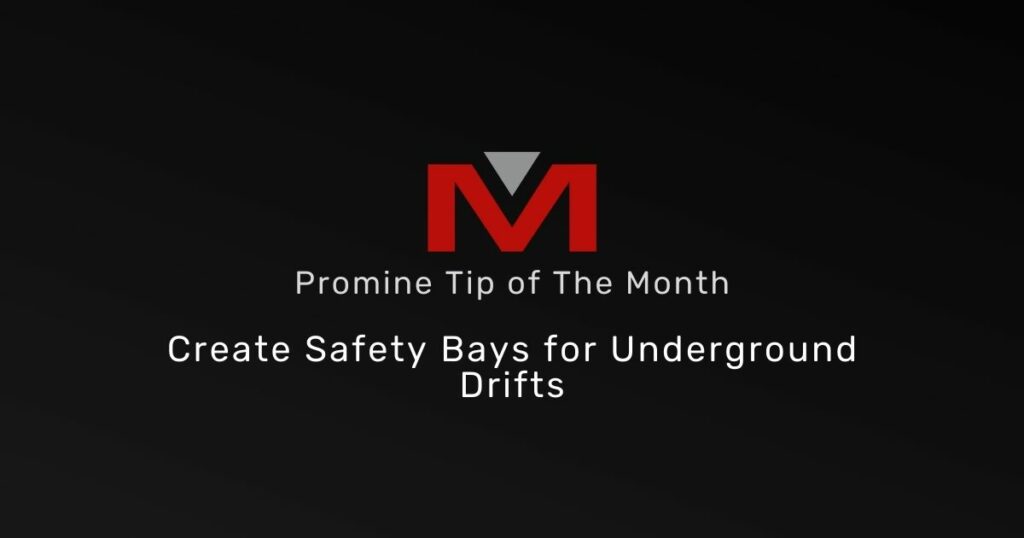 Safety bays are extremely important to ensure the safety of miners when walking around the mine. In this TOTM, you will learn how to design ✅ The Mining Experience is a live podcast that invites professionals from the mining industry to discuss new technologies, address challenges, and share work experiences. 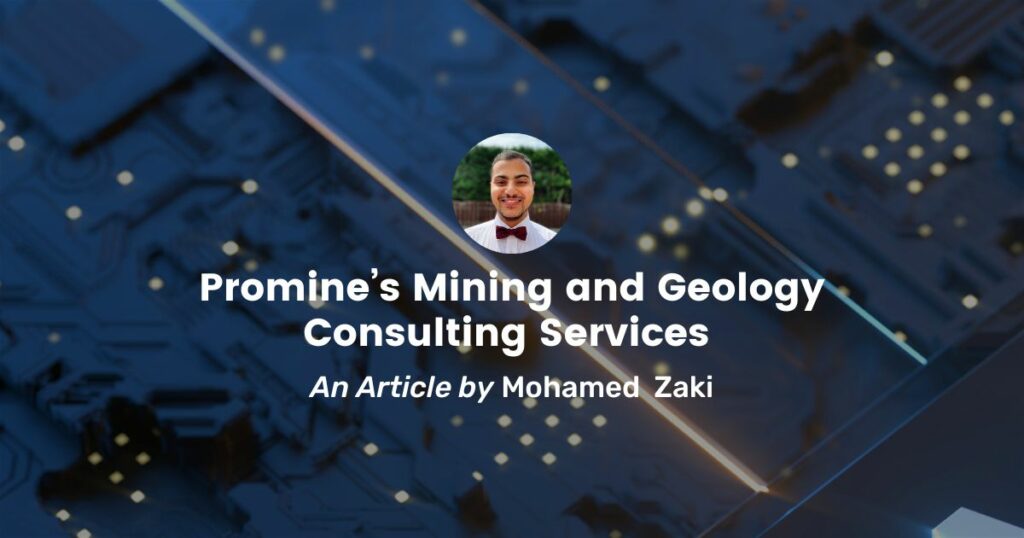 By understanding your mine’s geological resources, you are assured that you have the fundamental basis of executing the mine design and plan. At Promine, we 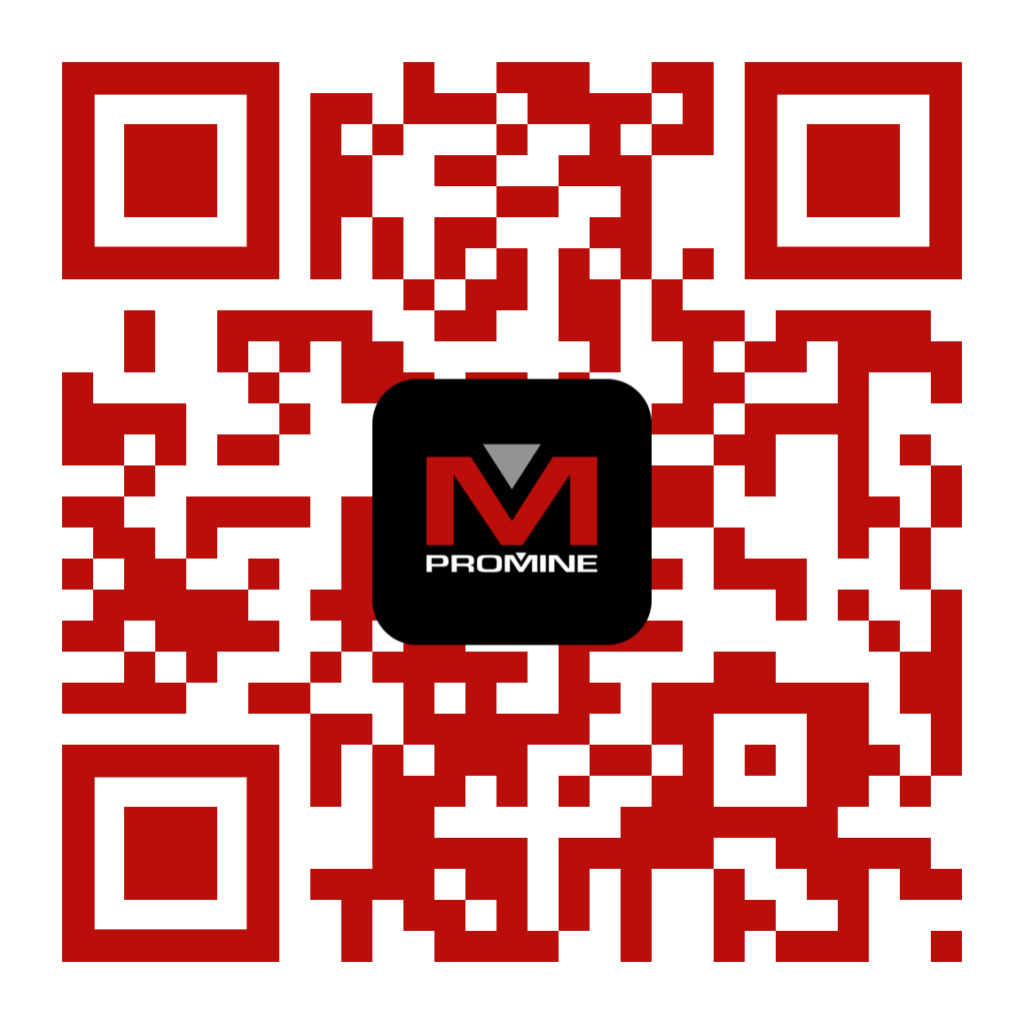